Public television channels vs VOD platforms : how does the competition stand ?

Television is declared as dead by many specialists : general audiences have known a decrease since ten years, and it is getting old. The television viewer’s average age has reached fifty. This is a problem as the targeted young audience is not behind its television anymore. Those market shares are returning to digital medias, which are monopolizing younger’s attention. The diminution of television advertising revenues are a major threat to its ecosystem. It could in fact affect its investments, on which channels have obligation as french companies. But, despite this announcement, the leading historical channels have seem to resist. According to Mediametrie, on 2018, TF1 has kept good audience ratings on every program’s type, France Television has profited from better audiences, and Arte’s prime time have beaten records. In fact, if the audience on linear program is decreasing, the global audience on every screen is increasing. Therefore, the issue to historical actors channels is to adapt to the new ways of watching television. Subscriptions to streaming services are growing steadily. But some figures are still putting in question the whole victory of platforms, as those concerning the pay TV in Australia for instance. Where, then, is the competition standing between french television and SVOD platform on its territory ?

Since a few years, SVOD platforms as Netflix, Hulu, or Amazon Prime Video have known an impressive growth, seeing their subscriber rate and turnover blow up, enabling them to invest always more in production. Netflix has seduced more than 4 million people in France. Its success is due to the proposition of a content constantly renewed, which is taught in order to fit with every taste. This emergence is questioning this well established media ecosystem, and especially the advertising market on which it is supported. Most of the SVOD platforms are not based on the same types of business models. But, advertisers are less interested by television advertising slots because of the increasing mass of cord cutters, besides who are young. The new ways of doing advertising have seemed to conquer television, even if experimentation are still at their early stage. A personalized advertising could be for some the solution to this cord cutting phenomena, and bring back efficiency in this business through a programmatic system. Some specialists have also evoked  a sort of Shazam application in order to screen a product on TV. However, this loss of revenues to television has been a threat those recent years.

Initiatives have thus been taken to get back audiences, and especially young viewers. In France, Molotov has imposed itself as the aggregator for linear television content. But its financial situation is still unstable. Recently, it has been announced that Molotov has failed to achieve its CEO ambition to raise some tens millions euros to finance its international expansion. It has been evoked the buying of its technology by France Television. In fact, even if Molotov had have seven million users at the end of 2017, after a period of rapid growth, it has struggled to develop a viable economic model for its service. The situation of Molotov shows how much it could be complicated to television to structure its offer on digital. But it has also announced the new paradigm, in which the customer won’t distinguish linear from de-linear as it will appear as a whole.

According to an NPA study, Netflix has imposed itself as the sixth channel of the audiovisual landscape. But the study doesn’t declare the end of linear television. Notably because the audience of flow programs (television games or entertainment) is stable, as a solid anchorage point for television. Plus, the offer of premium TV in France is not very developed, which is the sign that nobody would accumulate various SVOD subscription. And furthermore, television channels have developed on the digital. Besides the creation of replay platforms or their implantation on Molotov or Youtube, some channels have decided to expend their digital presence by the development of deals with OTT services. For instance recently, TF1 has struck a new distribution deal with Videofutur, a service which provides linear and on-demand services over public fibre networks. The deal will see free-to-air TF1 channels distributed over Videofutur’s network along with on-demand content associated with these channels. The agreement provides Videofutur subscribers with access to programmes available on catch-up from MYTF1 with extended distribution windows, some avant-premieres of shows and new functionalities.

Nevertheless, television channels still have to develop their brand on the digital landscape. They have to diffuse more content on the models of the American networks. In addition to catch up tv, channels are now developing VOD programs, even if it remains hard to monetize advertising on those spaces. Moreover, global SVOD platforms project are now implemented by some players, countrywide or at the European level, in order to gather the investment power of television channels, facing giants as Netflix or HBO. In terms of programmation, the competition on fiction content has been tougher, as Netflix and its Dantesque investments in production make the rhythm  of production faster. So far, television has reinforce its position in TV reality, short programs, documentaries, or even animation.

Platforms are new competitors for people’s attention, and the daily time spent on medias are not extensible, even if it’s higher than ever. Channels are thus reorganizing their strategies to face this new paradigm. 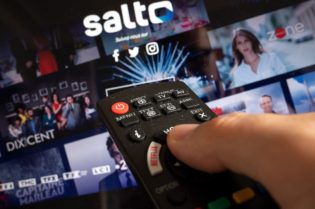 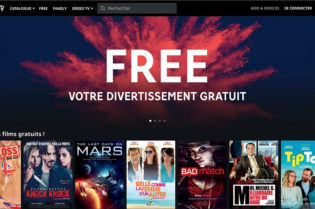 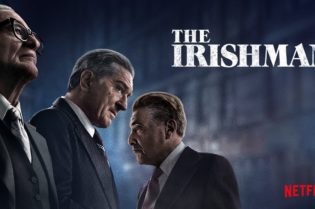