Blockchain : the future of programmatic advertising ?

Simply put, advertising is a contract between advertisers, who seek to reach a certain audience, and publishers, who need retribution for their content. With the Internet, this contract has become more complex: the boundaries between the different players in the ad sector have become confused and new business models have emerged, which has made competition increasingly harsh. Thus, the battle for value has intensified, especially facing the duopoly of Google and Facebook which represents two-third of the market. In this context, it is interesting to see how a technology such as blockchain could be used to answer most of the programmatic advertising issues.

First of all, it is important to note that the model that prevails today in digital advertising is programmatic: it represents 60% of the display in 2018. However, event though programmatic was useful to reduce the number of intermediaries between advertisers and publishers, this is no longer the case. Many players, who were supposed to facilitate the placement of advertisements and remuneration, have gradually been put in place. From then on, the digital advertising supply chain includes various intermediaries between advertisers and publishers: ad exchanges, trading desks, DSPs and SSPs. The value is scattered throughout this chain of actors.

According to the World Federation of Advertisers, for $ 100 invested by an advertiser, only $ 40 will return to the publisher.

Similarly, Marc Pritchard, the Chief Brand Officer of Procter & Gamble, one of the largest advertisers in the world, says that « only 25% of the money that is spent on digital advertising really serves to reach consumers « .

To this problem of return on investment is added the question of opacity of transactions. The World Federation of Advertisers surveyed 59 of its largest members, representing more than $ 70 billion in annual advertising spend: 90% of those using trading desks said they had to review their contract in 2017, especially because of the lack of transparency. In order to optimize their revenues, publishers and advertisers are forced to combine several techniques and tools and remain dependent on the intermediaries who hold the data. An advertiser therefore has little visibility on the audience of its advertisements and is rarely able to truly measure its return on investment.

There is a real crisis of trust between the advertising players and it is all the more reinforced by fraud. According to a study by Juniper Research, advertising fraud cost almost $ 19 billion in 2018, amounting to 9% of digital advertising investment. This sum might even reach $ 50 billion by 2025 according to the World Federation of Advertisers.

This lack of trust is also found among end-users: “badvertising” has led to the expansion of adblockers. Publishers are now required to review their models and find other sources of revenue.

Faced with these different challenges, advances in artificial intelligence, data collection and new technologies are emerging as potential answers. The lack of transparency, the loss of value along the chain and the large number of intermediaries make digital advertising a key sector for the implementation of blockchain technology. Indeed, in principle, the blockchain allows the traceability of transactions and the disintermediation of exchanges.

First of all, blockchain could meet the need for traceability thanks to the « tokenization » principle. Thus, a token – a form of identification – is associated with every ad, which can then be followed throughout its course and enable to assimilate data (audience and amounts spent in particular). Concretely, the blockchain makes it possible to record the value throughout the chain. It also avoids the misuse of data by some actors who do not pay its owners.

In addition, by construction, a blockchain is available to all stakeholders that form its network: the entire chain can see transactions in real time, including the advertiser who is then able to know exactly for what his expenses are used for. As the register of a blockchain records all the transactions, it is almost impossible to make a mistake about the number of advertisements viewed, and therefore, about the payment: the advertiser no longer pays « blindly ».

This way, the entire journey of a digital ad can be traced with much more transparency and reliability through a blockchain registry.

Moreover, the blockchain is also at the heart of smarts contracts: they are unfalsifiable contracts that trigger the transaction only when the execution conditions are met. These stand-alone programs automatically execute the terms and conditions of a contract, without requiring human intervention once started. This allows in particular to set very specific payment rules: for example, the transaction, and therefore the payment, will be made only for advertisements that are seen more than 30%.

According to Christophe Dané, the founder of the consulting firm Digitall Makers, « thirty blockchain projects related to media buying, data management and the fight against fraud » were born in the Anglo-Saxon market between 2017 and 2018. Among them, some are already well advanced: Brave, a browser based on a blockchain that remunerates publishers and users with tokens, MetaX which traces advertising assets on the Internet, Amino that makes payments made in online advertising more transparent or AdEx which offers a decentralized platform of exchange to solve the problems of fraud and privacy.

All these initiatives tend to show that the programmatic advertising sector seems already prepared to welcome the blockchain. However, some limits still hinder the main players, advertisers and publishers. First of all, the extreme transparency provided by the technology through its tamper-proof registry can be a strategic obstacle: an advertiser does not necessarily want to reveal its CPM prices to the entire chain. The life of the data is also problematic: one of the founding principles of the Internet is the right to be forgotten, which becomes impossible with the blockchain that is immutable.

Another point is particularly limiting: blockchain technology is still relatively slow, especially because of the block encryption phase. The number of transactions is therefore limited in time, and still slower than real time bidding. In programmatic, reactivity must be of the order of a millisecond, which blockchain technologies are not yet able to achieve.

Finally, blockchain technology is only one of the possible solutions to the many obstacles encountered in digital advertising, and cannot be the only answer. Many other business and organizational challenges are still to be overcome.

One final point that is interesting to mention regarding blockchain and programmatic advertising is the role of one of the most important player in the advertisement value chain: the end-user. Indeed, consumers can become true counterparties to the digital advertising transactions that today leverage their profile data in exchange for access to ad-supported content. They will play an indispensable role in claiming, maintaining, and managing their digital identities and will then support the new “token economy”.

In order for blockchain to achieve massive scale and truly transform the digital advertising supply chain, individual consumers will also need to become involved. That is why, to conclude, we can expect blockchain, once mature, to be at the very core of value sharing between the three main players : advertisers, publishers and consumers. 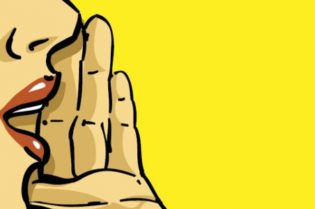 Influencer Marketing: What Challenges does the Industry Face Today? 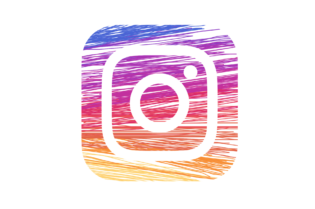