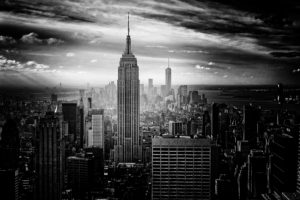 A Stroll Along Madison Avenue

Welcome to 1960. Elvis Presley just returned from the army, and Vice President Richard Nixon and Senator John F. Kennedy just participated in the first televised presidential debate. The war years are in the past. The world is full of opportunity, consumerism and youth, and is vibrant with influential television and technological innovation.

Among other nicknames, this period marks the “Golden Age of Advertising”. Brought to life on Madison Avenue by powerful marketing executives known as “Mad Men”, the Golden Age was a departure from the past. Creative executives rose to the top, with creative instincts and brand stories driving the heart and soul of the advertising agency. Media executives also came into power, with the help of new tools and machines to efficiently cinch commercial time.

From the 1950s onwards, we have seen advertising truly flourish. In fact, it was during the Golden Age that boutique agencies came together and went public to become the “major advertising conglomerates that exist today” (Steel). From WPP to Publicis and Omnicom, multinational advertising giants took the world by storm.

A Look Inside the Advertising Giant

While different in name and personality, the giants came to follow a similar organizational structure. Within all of them, you could find the key departments of account services, account planning, creative, media, and production. The account services team would network with clients, while the account planning team would represent customers through research and insights. The creative team would crank out imaginative concepts and campaigns, while the media team would procure space on television stations and in magazines to bring the campaigns to market. Finally, finance would handle expenses and costs, while production would ensure the feasibility and timeliness of the campaigns. All of these departments would work together like a well-oiled machine, taking lead direction from the creatives, and seeking out support from online development and information technology in later years (Suggett).

The “Golden Age of Advertising”, and its well-oiled machine, went on for many years. In fact, many of the advertising giants continue to rely on the traditional organizational structure. However, all good things must come to an end. With the digital revolution and the rise of Big Data, what was once the “Mad Men Era”, is rapidly transforming into the “Math Men Era”.

The invasion of the “Math Men” has been ongoing since the Dotcom Bubble of 1995 to 2001. Since the turn of the century, technological change has brought about new forms of advertising that leverage data and the digital consumer.

With the help of numbers, codes and bites, a new generation of advertisers are championing online and mobile projects. This new generation of Math Men sees less value in the traditional and expensive media forms of the past. And so, the Golden Age of Advertising has undergone digital disruption, and agencies and clients alike are reconsidering business as usual in order to survive.

The new marketing landscape revolves around data. The Internet of Things (IoT), in which all is connected, enables data collection and analysis on a massive scale. This results in “insights capable of informing every stage of the creative process” (Ng).

Beyond a modern creative process, advertisers face a modern consumer. Digital natives leverage different channels and touchpoints than their predecessors. Rather than televisions and radio stations, they direct their attention to mobile devices and applications. When they do watch episodes and movies, they turn to on-demand entertainment platforms, which allow them to avoid commercials altogether.

The concept of “on-demand” is central to digital natives. Young consumers want what they want, when they want it, and how they want it. Social media further intensifies this desire for immediate gratification. It allows consumers to interact with environments, peers, and brands in real-time and on a continuous basis. Digital natives are content creators and sharers, brand advocates and haters, and much more.

So what does the world of advertising look like in face of data-driven channels, and on-demand consumers? Rather than Mad Men with creative and conceptual skills, the new world relies on Math Men with “hard skills in engineering, computer science, maths, and physics” (Roderick). These Math Men exploit tools and develop algorithms to break down Big Data into digestible insights. As such, they are able to make better-informed and better-tailored marketing decisions for their clients.

What tools enable this data-centrism? In order to reach digital consumers across digital touchpoints, Math Men rely largely on programmatic digital advertising. Programmatic involves advertising exchanges that allow demand-side platforms (DSPs) and sell-side platforms (SSPs) to trade inventory in real-time. This process is known as real-time bidding (RTB). In short, programmatic enables Math Men to automate the buying and selling of media, such that it occurs at a continuous and lightning pace.

A Slow Demise for Mad Men…

Two opposing sentiments seem to exist. Some believe that “times change”, so we cannot be nostalgic about “the good old days” (Stodz). Marketers cannot satisfy the extreme customization and instantaneity of the new era with old ways. For instance, it would be impossible for marketers to craft countless creative variations for all relevant target segments. This practice demands the technology of Dynamic Creative Optimization (DCO), which “use[s] data feeds to generate a large number of creatives on the fly based on algorithms” (Yan). It would also be impossible to amplify campaigns to the same extent as digitals tools, like look-alike modeling in user-targeted advertising (Liu et al.).  Overall, this sentiment emphasizes the marketing variety and reach that stems from digital disruption.

Others feel nostalgia for the Mad Men Era, and feel discomfort towards the data obsession of the Math Men Era. This sentiment cheers for an era of hopes and dreams, rather than speed and efficiency. It fears that young marketers throw instinct aside, and rely solely on data and algorithms.

Up until recently, advertising giant Publicis was a prime example of this sentiment. Over the past decade, management monitored the encroachment of tablets and smartphones, and even acquired digital marketing specialists like Razorfish in 2009, and Sapient in 2015. For the most part, however, the agency clung to its mighty past to avoid the McDonaldization of advertising. Publicis kept its Mad Men and Math Men separate, fearing that “forcing digital operations and traditional agencies to work together would not function” (Kostov).

In the end, an obsolete attitude resulted in the loss of its lucrative McDonald’s account. According to a McDonald’s spokesperson, the fast food chain felt “Publicis’ Leo Burnett unit was not adept enough at using data to quickly produce online ads and target minute slices of its customer base” (Kostov). The sad case of the McDonald’s account loss is evidence that digital transformation and integration is crucial to marketing success. But this does not necessarily signify the death of Mad Men altogether.

… Or a Happily Ever After for Mad Men and Math Men?

Beautifully stated in The Uncomfortable Truths About Marketing,

One solution, as we have seen with Publicis, is to invest in niche digital specialists. But while it is important to bring on Math Men, it is a useless endeavour unless done properly. Physical and psychological separation between Mad Men and Math Men will prevent the aforementioned beautiful balance.

Cue Project Marcel. In the aftermath of the McDonald’s loss, Publicis announced its solution to bridge the gap between creatives and digitals. Project Marcel is an algorithm project to unite the units of Publicis. Marcel will filter resumes and datasets on its 80,000 employees in order to assemble perfectly compatible teams from around the globe (Kostov). These teams will bring together account managers, copy writers, coders, graphic designers and more in order to fuel collaboration at Publicis.

With the help of artificial intelligence and machine learning, Marcel will hopefully be a platform that transforms business as usual at the advertising giant. But whether Marcel is the answer, or another solution leads the way, there is an obvious need for action if Mad Men are to avoid a Math Men takeover. 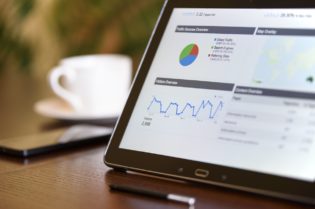 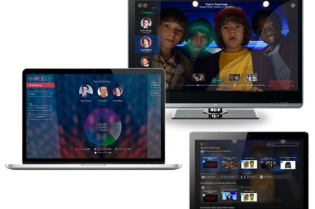 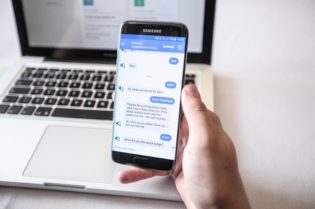